The site for Institute of Bio-resources & Sustainable Development (IBSD) is located in Imphal, state capital of Manipur in the North-Eastern part of India. The Institute, set up by the Department of Biotechnology, Government of India, is envisaged to boost the scientific spirit in the north-east and also generate employment source in the region. The building comprises research wing, administration areas, seminar & conference halls, 300-seat auditorium, library, computer centre and an animal house (in a separate block), along with workshops & stores, along with public utilities such as health centre, post & courier office, ATM & bank branch, travel agency & department store, directly accessible from the parking. The built-up area of the Institute is 25,000 sq.m., exclusive of hostels and housing. The project was reviewed by the then-Chief Minister of Manipur and the design was appreciated. 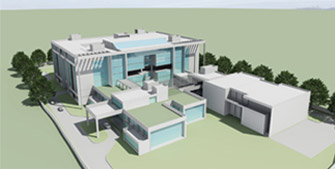 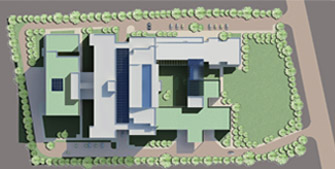 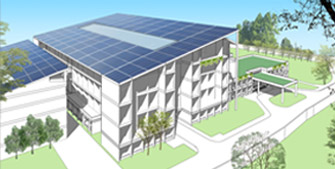